Picture a rainbow, then try to describe its beauty in words – you simply can’t. Its splendor defies description. So too it is with Rita, the Angel with a golden voice. Listening to Rita sing is a breathtaking experience. Words are simply inadequate to sound her praises. 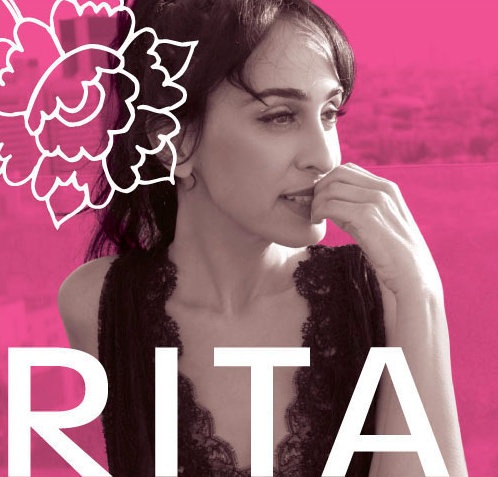 The name “Rita” means “God’s Pearl” / “Gift of God” and a special gift has been bestowed upon Rita.  Rita’s voice is rich in volume and range of notes and reaches a marvelously brilliant crescendo that only a Nightingale can approach – it is simply Divine. At the age of four little Rita was already singing melodious notes and harmonious tunes. Her parents, friends and neighbors all recognized her great talent and though she was from humble means, she was awarded a singing scholarship and received voice training at the Israeli Conservatory of Music. At age thirteen, while dancing in the streets of Tel Aviv on her way to school, a woman standing at a bus stop spied young Rita and taking her by the hand prophesied that she would become a bright star one day.

Rita never forgot that experience. At age 17, Rita joined the military and soon became the lead singer in the Army’s Entertainment Group. After continuing her special training at Israel’s “Academy for the Arts of Stage and Screen” Rita graduated Magna Cum Laude and launched her career on stage and screen performing in the theater and movies internationally. If Rita did not have such an exquisite voice, she would be renowned if only for her tremendous acting ability. After studying the performing arts at Israel’s Conservatory of the Arts, Rita also won a national title in modern dance in her native Israel. When Rita combines these multifaceted talents with her “heavenly singing voice”, the impact upon the audience is truly awe-inspiring. A well-rounded stage performer, Rita is already a Superstar in her homeland and her star is still rising.

Rita’s singing career has kept pace with her progress on stage and screen and her songs and albums have raced to the top of the charts (all going Platinum) in the land of Israel where her concerts and performances are looked forward to with eager anticipation. Rita has been named the National radio station’s “Singer of the Year” and was acclaimed “Woman of the Decade for the Stage Arts” by one of Israel’s leading newspapers.

Rita teamed up with singer-songwriter John Whitehead, famous for his inspirational songs such as “Ain’t No Stoppin’ Us Now.” Together they sang “Let Freedom Ring”, a timely song the whole world needs to hear now. Rita’s first English language CD album released by Universal/Mercury is entitled, “Time for Peace.”   The title song was selected by the Russian Olympic Ice Dancing Team (Irina Lobacheva and Ilia Averbukh) as their theme song for the 2002 Winter Olympic Games and the 2002 World Championships. The Russian Olympic Team won the Gold medal dancing to Rita’s
“Time for Peace.”

Rita’s latest American album project is in the making and includes the new English version of her Hebrew hit song “Bo” entitled Love Has Begun, Ray of Hope, Come To Me, Loves New Meaning, There’s Love in Our World, a beautiful remake of Wind Beneath My Wings that will take your breath away and give you goose bumps all over and the inspirational World message song Let Freedom Ring.